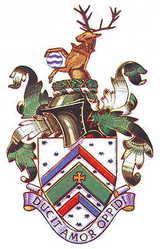 The Maldens & Coombe Heritage Society (MACHS), a non-funded body comprised of volunteers, was formed in 2012 to research the local history of the area. Originally conceived by Mary Clark and founded by a number of like-minded volunteers who came together at Chicco's under the C.I. Tower one Saturday afternoon, it catalogues and archives documents, photographs, and records resident's recollections of events which happened in and around New Malden particularly during 'the blitz' in World War II. Buildings of significant historical interest are documented, especially those of town merit, such as the original town hall in which Waitrose now resides. The facade remains as it once was.